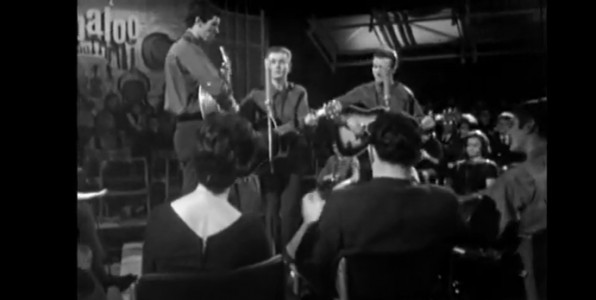 I hope at this time that you are safe and well. It has been a few months since my last newsletter and in this issue, I would like to tell you about the start of my professional career as a folk singer.

Back in early 1962 I joined up with two ex-classmates of mine, Brian Fogarty and Leonard Sturrock, to form a folk group called “The Cumberland Three”. We performed at folk clubs in Glasgow and Central Scotland along with traditional jazz clubs, most notably, “The Royal Garden” in Glasgow. Our popularity grew which caught the attention of The Malcolm Nixon Agency in London. They had a few folk artists on their roster including Robin Hall and Jimmy McGregor, Britain’s most well-known folk singers. The agency sent up a manager, Harry Hammond, to sign us up and after consulting with our parents, we put pen to paper.

We moved to London where they put us in a flat in Cricklewood, a London district. After performing at a number of folk clubs in London, we made our first major television debut in December 1963 on a show called “Hullabaloo”, a half-hour program featuring several acts.  A link to The Hullabaloo Show is at the bottom of this newsletter. If you like what you hear, our album, “Introducing The Cumberland Three” is available to download on my website, www.alexbeaton.com.

The Malcolm Nixon Agency connected us with Southern Music Publishing and they in turn shopped around for a record company. We recorded for Parlophone Records (EMI), Capital Records in the United States. A single 45 from our album was released. It was titled “Chilly Winds” and it came out March 1964 and on the same label as another Parlophone group called “The Beatles” HELLO!!!…The massive change in pop music brought on by the Beatles and other such groups caused the exposure of folk music on television and radio to decline.

The lack of engagements and the disenchantment that Brian and Leonard had with the business led to our break-up and our return to Glasgow later that year.  Brian and Leonard went back to their respective apprenticeships and for me it was right time to emigrate to the U.S. where my sister, Ann, who was ten years older than me and married to an Airforce man, lived.  This was a dream of mine since I was 12 years of age.

My CD’s were sold at seven Scottish Festivals around the country each year, but needless to say, with the Pandemic, the festivals were all cancelled last year. Already, two of the festivals have been cancelled this year and I don’t have much confidence of the others being held either. So, what I’m trying to say is please help this shameless, poor folksinger, by looking at my CD selections (click here) along with my triple feature DVD (click here) and placing an order.  Many thanks for your continued support.

As I mentioned at the beginning of the newsletter, please stay safe and well.  With more and more people getting vaccinated, we could see a brighter future for all of us! 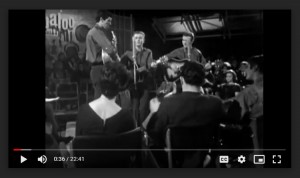 Dear Alex, it was marvelous to see another newsletter from you. I saw you probably 20 plus years ago at the Highland Games in Montgomery, Alabama. I had never heard your type of music. I stood behind the seated listeners during your entire set and then the set after that, bought your cd’s and have loved your music since then. Well, what I actually bought were some of your cassette tapes and played them until they would not play anymore. Will be ordering more today. Stay safe and know you are loved by thousands you will never meet. Gay Maddox

Hello Hello Alex,
I hope you are keeping safe through this pandemic. I loved the bit of back story you provided in this month’s newsletter. I’m sure you have so many great stories to tell. Congrats on stopping the 10. Celtic were awful, Rangers deserved it.
Cheers,
Charlie ☘️

Have met you and have seen you perform for many years at Stone Mountain Georgia. I think I have all of your CD’s and have given several as gifts. Thoughts and prayers for a full recovery from a member of Clan Gunn. Keep up the good fight.

Does my heart good to know you’ve gotten better, Alex. My late wife Carolyn and I saw you at several highland games events in California and you were kind enough to visit with us on one occasion–at the Fairgrounds, I believe. Carolyn was a huge fan, and would rejoice in your complete recovery, as would I. Best, Alan

It’s so good to hear from you again! In these sad times I find myself bringing myself to happy memories, and what with the huge resurgence of traditional music in social media, I found myself remembering the New Hampshire Highland Games circa 1999 or so when I got to finally meet you. Back then at the age of 9, I remember nearly wearing out my parent’s Beaton’s Best CD, and mourning the destruction of Glencoe in the VHS tape you had released, even today I can still remember the videography.

I hope this message reaches you well, and may it bring some feelings to know you were, and continue to be, an inspiration to a little man living in the USA. My children will know you as I have.

I first heard you at a festival in Ester Park, Colorado. I attended a number of them primarily to hear you. I was thrilled to go on one of your Scotland Tours in 2004. Memorable. I frequently look at my photos and listen to many of the CD’s. I moved from Colorado to Downingtown, Pennsylvania in 2002. One summer I drove to a festival near Alexandra, VA to hear you and we had a short conversation. I think of you often and wish you well as you enjoy your granddaughter. I am 85 and have 3 great grandchildren. They are such a joy. I am fully vaccinated and enjoy some increasing freedoms. Thank you for your newsletters. God Bless.

I just wanted to say that I’m so glad you’re recovering and enjoying your life with your family! I had no idea you’d been injured until just a few months ago, and my Mother has been on a mission to listen to your songs on Spotify as much as she can in the hopes of providing a trickle of income (she already owns all of your CDs but now just plays your music on repeat through her tv). To help in this regard, it might be worth your time to put your music on Amazon, Apple Music, and Google Play. I believe all of these services pay the artist significantly more per play than Spotify. Using Amazon would also make your songs playable on Alexa speakers, which is how most people I know listen to music these days.

That being said, you should know that you are dearly missed at festivals! I first heard you at Grandfather Mountain in North Carolina way back in the nineties (I was around 7-8). Your music was the root source for my lifelong love of my Scottish heritage, and especially the music of the Celts. I’ve listened to your albums so many times, I truly feel that your music is an integral part of me. So thank you so much for sharing your talent with the world. You’ve touched generations with your voice.

I don’t see any posts since March 2021 so I hope this post will be seen.
I sent my wife(at the time) ,Brenda and my daughter, Audrey on your tour in August 2004. After meeting you at the Highland Festival in Jackson, Louisiana (now in Minden)in 2002, we fell in love with you and have been fans ever since. All these years later, I am finally able to go to Scotland (with my new wife) and I wish so much it could have been with you.
I do have all your CDs and videos, although I will be ordering more for gifts.
I will be using the itinerary you gave Audrey as a guideline for my tour in August.
I just wanted to post on your site to let you know you will never be forgotten.
Love and Respect,
Bob Clemons
Clan Lamont
Louisiana State Commissioner