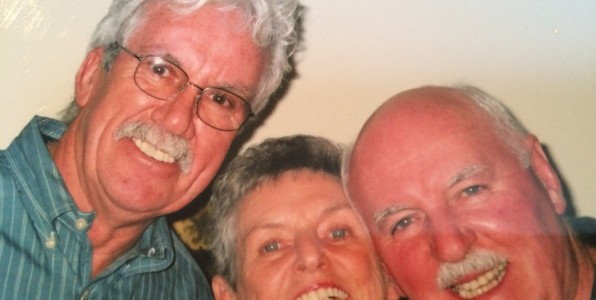 Welcome to my spring newsletter and updates.  It has been a mild winter here in St. Louis with hardly any snow and temperatures above normal. It’s nice to see the blossoms on the trees, the longer days and being able to sit on the deck occasionally.

I have four very good female caregivers looking after me and a wonderful male volunteer through the VA. The caregivers come five days a week, serving me breakfast and lunch, bathing me,   dressing me and helping me with my daily routine.  My volunteer, Jeff, comes twice a week and we work together on my memoirs; however, from time to time we do get distracted by live football (soccer) on TV or just talking about life.  He makes a nice change from the four ladies and my amazing Linda.

Last month, my brother, Neil (the nice Beaton) and his lovely wife, Anne, stopped for a visit on their return to Toronto after spending several months in Panama City, Florida (snowbirds!).  Unfortunately, I only get to see my brother and sister-in-law twice  a year, but we are in constant contact by phone catching up with each other’s news. 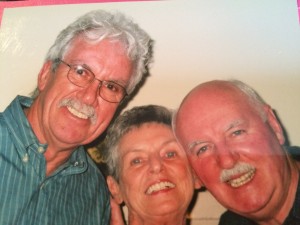 On a sad note, my sister, Ann, passed away on Sunday, April 3rd at the age of 81. Ann had been in a nursing home in Phoenix, Arizona with dementia and Saturday morning, after breakfast, she suffered a stroke which left her partially paralyzed.  I was very close to my sister, Ann.  She was the inspiration for me to immigrate to the United States.  Ann met and married a member of the US Airforce and relocated to Ballston Spa, New York in the mid 1950’s.

Ann was a fun-loving, animated woman who was easily recognizable at my concert due to her shenanigans; hard to keep her in her seat on an up tempo tune, especially when Alasdair was playing a reel on his fiddle!  She will be dearly missed by her friends, those who knew her and her family.  Ann leaves behind one son, two daughters, four grandchildren and one great-grandchild.  God bless her and may she rest in peace.

As in the past three years, my goal has been to attend the Scottish Festival in Costa Mesa, California over the Memorial Day holiday. Unfortunately, I’ve had to cancel each time because of pressure sores. They are easy to come by, but take several months to heal, confining me to bed.

The ScotsFest at Costa Mesa is my flagship Highland Games, where I returned to roots of my Scottish Folk music thirty-five years ago.  It was from here that a door opened for me to perform at Highland Games throughout the United States.  And, it is with a grateful heart that I can announce that this May, Linda and I will once again be present at ScotsFest in Costa Mesa!

My sincere thanks to Chief Tom Reoch, the Executive Committee, and the members of the United Scottish Society for our sponsorship.  We are overwhelmed with gratitude, and are looking forward to seeing our dearest friends and fans.  And the icing on the cake is seeing Ali and Catie, my lovely daughters!

Live in Concert was recorded in Costa Mesa, California with my good friends, Alasdair Fraser and Eric Rigler.  Alasdair is a master Scottish fiddler widely known in Europe, Britain, Canada and the United States.  Eric played the Uillean  pipes on the movies, “Braveheart”, “Titanic” and “Avatar.” He is the world’s most recorded piper, playing for many movies, TV shows, concerts and albums for famous recording artists. BUY IT!  There is nothing else like it.

As a reminder, some of my CD’s are sold out and only available to download.

If you’re looking to make a wise investment, may I recommend Beaton’s Personal Favorites, a two-disc set with 30 songs? 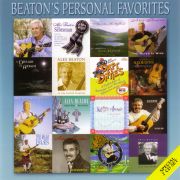 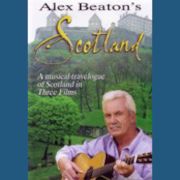 My triple feature DVD, Alex Beaton’s Scotland, is three full-length video productions including a musical travelogue of Scotland, its castles, and my birthplace, Glasgow, as well as the famous river, The Clyde.  All three are available in one digitally re-mastered DVD for only $20.  It is such a good deal that I myself have purchased many copies for gifts.

I hope that you have a happy and healthy year ahead!

So sorry to hear of your sister’s passing. My husband also passed away a year and a half ago. I am now settled in my home state in NE Arkansas.
Good to hear that you will be well enough to travel to CA in May. Hope you have a wonderful time. God Bless and safe travels for you and Linda.

So sorry about the loss of your sister. May she rest in Peace.
Hoping you are finding yourself In better ways these days. Been praying for you for many years.
Do you think you will making a visit to Pleasanton this year we have missed you there ??

Hey Sweetheart,
So sorry to hear of your sister’s passing.. I met her at the Games in Arlington.. She was a firecracker !! So much fun.
Really pleased y’all will make Costa Mesa this year. Please continue to feel well. Know that you’re in our hearts and prayers.( Terri, Cherie & Charmain).

Dear Alex,
I’m sorry to hear about your sister’s passing. May she rest in peace. So glad to hear that you and your wife will be visiting Costa Mesa, CA.
Keep up the good work. Hope you can make the visit to the Highland Games at Arlington, Texas. We all miss you there.

The warmest of greetings to you Alex! I am remembering those years at the Plesanton games when my mother Georgia (still going strong at 86) and my daughters and I enjoyed your music and your company. Then what a fun reunion at the Estes games after my move to Colorado in 2002 to marry my childhood sweetheart!
I am thankful you continue to progress in your recovery. You have long been in my thoughts and prayers and will continue to be. I hope we will meet again. Best always, Nancy (Goldsmith) Thompson

We’ve been off the Highland Games circuit for quite a few years, alas, and haven’t kept up with all your news. We’re thinking of you, and hope to see you at a SoCal gathering sometime soon. Cheers from Chip and Janet from the Ceilidh Cruise back in 1992.

Hi Alex and Linda -
Thanks for posting your updates on this site. I’m not a member of social media so it’s frustrating when I go to other web sites and find nothing but Facebook and Twitter links.
I’m glad you’re getting such great assistance from your VA hospital. Despite the bad press the VA has gotten over a few disreputable employees I think their medical professionals are amazing. The VA Medical Center in Hampton Virginia has been treating my cancer since it came back in 2011 and the doctors, nurses and techs have all been smart, efficient and fun to work with. Thank you for your service, and for your music.
God Bless!

So happy and excited that you will be at the Highland Games in Costa Mesa this year. We love and miss you, Alex!

Thank you so much for keeping us all updated here on this site! I check it frequently and scour the news anxiously. This time was bittersweet, seeing that you lost your precious beloved sister, yet that you will be well enough to attend the games in Costa Mesa, where my friends and I used to come every Memorial Day Friday to hear you perform–it was always one of the highlights of our year. I send you my most sincere condolences on the loss of Ann; there is nothing worse in life than the loss of our best-loved and closest ones, especially to something as horrible as dementia, which is how I lost my grandfather, and which now afflicts my father. You are all in my heart at this time, as always.

Dear Alex, As summer rolls around, I am reminded of the wonderful tour of Scotland we took with you in 2009. It was more than a tour…..it was a “musical journey” with your songs and we were so entertained with your music and humor!! We think of you often and wish the best for you and your Linda always. Jean and Patrick McShane

Alex, so sorry to hear of your long illness. However, sounds like you have the right attitude! John had open heart surgery two years ago and doing fine. You were the hit at our wedding 28 years ago. Best wishes to you and to your wife who must be a saint! Sue Gore

You remain in my thoughts and prayers. Bless you.

Hello Alex!
Delighted to read of your progress and see how happy others are to be in touch with you! You’re an inspiration to us all… and seeing how Chip and Janet Margelli from our Ceilidh Cruise back in 1992 are still in touch, I have to remind you that Landry & Kling Events at Sea would be truly pleased to organize another Ceilidh cruise –this time as a fund-raiser for your recovery –anytime you feel up to it! Ask you fans what they think!
My best personal regards to you and Linda! — Jo Kling