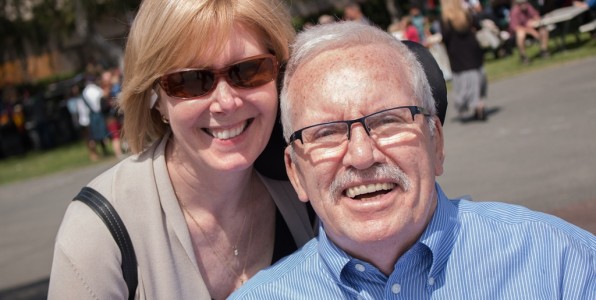 My last newsletter was dedicated to Linda’s daughter-in-law, Stephanie, and her passing from ALS.  I thought I would now bring you up to date with my general news.

July was a very busy month in many ways. Besides Stephanie’s passing on the 5th of July, the 2nd of July marked the 9th anniversary of the freak accident which left me paralyzed. While Stephanie went into hospice on the 1st of the month, I went into the VA hospital in St. Louis for 5 days of respite to free Linda up to help her son John and her granddaughter, Maggie. After only 4 days in the hospital, I contracted pneumonia.  The upside is that it was a light case and I recovered 3 days later. I’ve had a bladder stone for quite a while now and was due for surgery in March; however, due to the outbreak of Covid-19, it was postponed.  Since I was in the hospital for respite, Urology decided to perform the surgery. The morning after surgery the Urology team came by my room for a post-surgical check-up and informed me that the stone they removed was the size of an egg!  No wonder I had been in pain.  On the 15th of July, I marked my 76th birthday and I thank you for the many greeting cards I received. Two days later, Maggie celebrated her 2nd birthday.

This Corona virus pandemic has certainly changed our lives dramatically. We all know it has effected industry and created massive unemployment. This situation, of course, has caused the cancellation of Scottish festivals and the loss of income of musicians and entertainers. My CD’s usually were sold at 6 prominent Highland Games around the country. This is where shameless Alex Beaton gives his “hard times” sales pitch though it might not be the appropriate time as we are all feeling the pinch of this hardship. Nonetheless, you know me!  If we do receive a second round of stimulus checks, don’t forget about either your favorite Scottish folk singer or another musician who depends on the sale of his/her CDs for their livelihood. 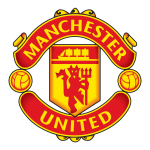 One of my favorite passions is my love of sports. I’m an avid fan of the English Premier League football/soccer. With only seven games left in the season, the governing body decided to play out the remaining matches. The teams played to empty stadiums and it was quite hilarious to listen to the play by play commentator with piped-in crowd noise in the background. Liverpool easily won the league for the first time in 30 years. My team, Manchester United, who are great rivals of Liverpool, have won the league 13 times under Sir Alex Ferguson who hails from my hometown of Glasgow, Scotland. The season is over and the league was successful in having no reported positive cases of Covid-19 during this time frame. As a sports junkie with a passion for golf as well, I’m pleased that the PGA Tour is back on. I recently watched the PGA Championship, the first major tournament of the season and was happy to see a young 23-year old Californian beat a world class field. 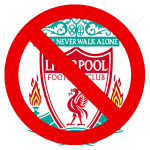 I qualified for a new power wheelchair which was delivered to me in March. In setting up the chair, the Rep discovered there was something wrong with its electrical panel; new parts had to be ordered which meant that the chair was out of commission.  Because the Corona Virus hit St. Louis about that time, it sat stored in our garage until August 1st when Tony, the Rep was cleared to come out for a home visit.  Before he started working on the chair, he and I talked about football/soccer. He is a fanatical Liverpool fan and knows everything about the English Premier League, the clubs, the players and coaches/management. I refer to Liverpool as scum and their fans as scumbags; Tony laughs and takes it in the spirit in which it was intended.  As a footnote, Tony fixed the chair and I am enjoying my new ride.

As always, it is great enjoyment having Maggie at our home. It is the best medicine for Linda for she smiles and laughs the whole time. They are inseparable. How wonderful it is to see Maggie increase her vocabulary as she repeats a lot of what is said to her and is extremely quick to learn. She is a joy to behold.

Please stay safe and when going out WEAR YOUR MASKS.

Good to hear from you, laddie. I miss harmonizing with you on the grandstand at Grandfather. Here’s to a better half of 2020…

Alex,
Good to see your update. So nice to know you are enjoying golf tourneys and your fav team football playing again.
Very thankful to know you are healed up from the bout of pneumonia and had the huge ‘stone’ removed. God is good !

My wife June and I will continue missing you at the Texas Scottish Games and Festival(used to be in Arlington of course), and the others States we visited Festivals at. You continue to be our fav of all. God bless you and Linda with many wonderful blessings. Prayers continue to be lifted.

It was nice to see your smiling face again. I do miss your beautiful voice and guitar. I’m going to grind of your CD’s before I head out today. I retired a year and a half ago and moved north to Camano Island, it’s near where the Skating Valley games are held. It’s good to hear that your doing well and enjoying your granddaughter. Take care if your self and God bless Alex.

We in Arizona are happy to hear from you! We will promote your CDs wherever we can.

Thanks for the updates. Always glad to hear how you are doing. My best to you from hot humid FL,

Belated Happy Birthday!! May the coming year be filled with good thoughts, unexpected miracles, kind people and happy moments!!????????????
You sound so well ~ no doubt because of Linda’s TLC, as supervised by Maggie!! So very sorry for the loss of Stepanie. It is always difficult to lose one you love. I am sure that you see pieces of her in Maggie, in a bittersweet way.
So glad that your kidney stone is gone. In 55 years as a registered nurse the prain from kidney stones was described as “exquisite pain” ~ the ONLY thing described that way. You truly must had a lot of pain!! So pleased that that is behind you.
Also happy that you are enjoying your new scooter. Hope you were able to get a deluxe model!!
I listen to you almost daily and greatly enjoy it. I am sure that you cannot even begin to realize the number of lives that you have touched. Your legacy will exist for many years and you continueto bring joy to people for many years.
Prayers for both you and Linda and sustained strength and healing!!

9 years, time has a way of slipping by. Think of you often and listen to your amazing music. I have an online meditation group and a few times I have played “River” for them, and they love it. Your music awakens the best in all of us, Thank you and Thank YOU!

Alex: came across you on the Internet and wanted to say “hello.” You were a fixture at 11 Scottish festivals at Lyon College while I was President. Some of my best memories of those days are of sitting on the deck at Bradley Manor and listening to your stories. Life has taken me on professional visits to Glasgow and Glasgow Caledonian University since then. I’ve never met a Scot who didn’t remind me of those good times at the Scottish Festival and you. Peggy and I recall with great fondness the pipes and drums on the campus green and your performances. There’s a kilt and sporen in our attic along with a CD on the table. Take care, my friend: all good wishes from house to house. Walter Roettger

My late wife Carolyn and I were fans, and I remain one; we were privileged to meet you on two occasions at Scottish music / Highland games events near Los Angeles, I think at the LA County Fairgrounds and previously in Orange County. Our bike tour Inverness to Glasgow was a high point of our 29-year marriage. Best wishes to you and your family. -Alan

Glad to read your update and the photo of you and Linda looks great. The James R. Gary Gang are doing well in general. Vickie Hall lost Terry last month to cancer…sad. Julie and I are sheltered in most of the time. Phil just visited his son’s Brian in Florida for Brian’s 28th Birthday…Phil is swimming a lot, and fit as hell ..playing some golf. We think of you all the time…God Bless. John & Julie

Hard to believe it has been 9 years without you. We were in line for beer and joked about the necessity for alcohol for your performance.

Two cancelations nearly brought me to tears this year: my family’s 99th reunion and the VA Highland Games.

Miss you so much.

First, our deepest condolences to Linda and you (and John, of course) on Stephanie’s passing. We all must go on by “honoring” the loved one lost … it’s the only way. Prayers sent to all – especially for John and little Maggie.

Alex, oh “shame-less Alex” (lol) – glad to see you still well hold on to your born “rascality”. You’ll find it funny that between my wife and I — her team is yours, Manchester United, and my team is, but of course, Liverpool. Needless to say, when I read to my wife your comments of “scum and scumbags” she laughed her head off and … agreed with you, in jest.

Note, no one made the Highland Games of more “full enjoyment” Lincoln (Loon Mountain), NH than “You” and Alasdair Fraser. Musicality, talent, humor … it was full “Entertainment”.