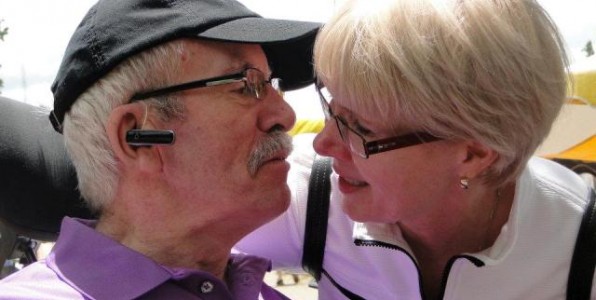 Hope this finds you well and safe, wearing your masks and getting your inoculations.

From 6:00 in the morning until 11:00 at night, Linda really has her hands full with my well-being. As the months have passed, I require more attention and care. What we had once with the VA which allowed me 30 days of in-hospital respite has, unfortunately changed, and the 30 days now must be taken at home with a Respite Nurse.  The break that Linda would enjoy is no longer there as it’s been very difficult finding a nurse to look after me for the 1-3 days/month the VA allows respite.  Our wonderful friend and former nursing student, Ashley, helps when her schedule allows; it’s not easy getting consecutive days off.

I sound like a broken record, but it sure is “loads of fun” enjoying the heck out of Maggie. This past July 17th, she turned 3 years of age and each week she amazes Linda and I with her increased vocabulary and mannerisms.

Speaking of birthdays, I just celebrated my 77th on July 15th. I appreciate the cards you sent me. 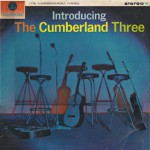 I have received several emails asking about my Cumberland Three album. As you may recall in my last Newsletter I shared a link to a video that showed “yours truly” at the start of my career on a popular television show, “Hullabaloo”. I am very pleased to announce that a CD is now available of our album, “Introducing the Cumberland Three” and can be found on my website, www.alexbeaton.com.   Trust me, I think you would really like it as I enjoyed listening and reminiscing of that time in my life; it was the start of my professional career in music and entertainment.

On another note, Country music was quite popular in Scotland when I was growing up. Artists like Hank Williams, Eddie Arnold, Patsy Cline and others had received a lot of air play on the radio. This genre had a large sales market in music. I was a fan then and remain one to this day.

After arriving in Los Angeles in 1972, an ex-army friend of mine and I got together and composed a song called, “I’d Rather Live Alone with Me, (Than Live Alone with You)”. A true country tear-jerker. RCA’s Sunbury/Dunbar, published the song.  We entered the song in the inaugural “International Song Music Festival” in 1973. And it was chosen as one of the three finalists in the Professional Country Music category. The festival was held over 4 days at the Saratoga Springs Performing Arts Center located in upstate New York. Our song was performed by the Hager Twins. 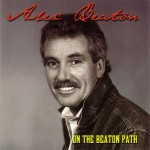 ON THE BEATON PATH

As a result of that success, I produced a Country album, “On The Beaton Path”. This recording features four original songs by “yours truly”, including the opening track, “Seasons”. The album also features some great Country classics like, “Long, Black Veil”, “Sea of Heartbreak“ and “Ramblin  Fever” as well as Roger Whittaker’s beautiful composition, “The Last Farewell”.  This CD is also available for purchase on my website, www.alexbeaton.com.

With the lack of so many Scottish festivals being held because of the concern over the virus, once again I ask you to look at my catalog and have sympathy on a poor Scottish folk singer.  For those of you attending the Virginia Scottish Games on September 4th-5th, you will find my product for sale in Jil Chambless & Scooter Muse’s tent.  It will also be for sale at the Longs Peak Scottish-Irish Highland Games on September 10th-12th and can be found in the Seamus Kennedy tent.

As always, thank you for your love and support.

Dear Alex–
I’ve THOROUGHLY ENJOYED the look back at your early career (and am happily anticipating the Cumberland Three CD I just ordered). Thank you so much for sharing, and also for the insights into your country music connection. (Hope you watched the Ken Burns country music documentary on PBS–a pretty amazing overview of the genre and its roots.)
You mentioned BritBox in one of your last letters. Try the “Shetland” Mystery Series. It’s gorgeous!
I think of you often and cherish the joy I felt at watching you perform in Arlington, Texas in the
90′s.
Your strength and perseverance come through loud and clear in your updates.
All best to you and to Linda.

Your music and your performances have meant so much to so many. I grew up in America, with a mix of Scottish and Irish music and culture to influence me. When I recently sat down to think hard about which had had the most profound effect on me — it was the Kentucky Scottish Weekend, in Carrollton, KY, and your performances there. Your music remains an inspiration, a connection to the past, and something I gladly share with my children, the next generation. I’ve lead a good life and my only serious lament is that my children won’t be able to see the Carrollton games (which have been permanently cancelled) or your performance there.

Thank you, for everything. I wish you well and I hope your life is happy.

Thanks so much for your music. My late father had Alex Beaton’s Personal Favorites 2 CD album. He had either in his office or car and he liked to listen to it when he was at his office. When I listen to these songs it reminds me of him and I miss him so much. Thank you for making music that somehow brings memories back for me of my dad.

I wish you still had the Scotland Forever CD. I wanted to get a few for Christmas gifts. (CDs are so easier than downloads!) People are selling the new copy on ebay for $50. Ack. I’m sure if you put your first album out there that many will buy it, including me!

Hi Alex and Linda. I was just listening to “Glencoe,” and remembering old times. I remember the songs at the Pleasanton games in California. Looks like things are being scheduled again, and so many of us would love to see you if you are able to travel. Thank you so much for all you have given us. Much love, Marion